Check out these book recommendations for your library!  Also visit the Just World Books website for additional book options.

Please click on the following to find out more about a few that they have published recently:

This timely update of a much-loved, award-winning cookbook shares with readers the little-known but distinctive cuisine of the Gaza region of Palestine, presenting 130 recipes collected by the authors in Gaza. This edition includes new stories, recipes, and photos gathered during a late-2019 visit to Gaza by co-author Laila El-Haddad.

Cooks will find here great, kitchen-tested recipes for spicy stews, piquant dips, fragrantly flavored fish dishes, and honey-drenched desserts. They will be entranced by the hundreds of beautiful photos of Gazan cooks, farmers, and fresh-produce merchants at work, and by the numerous in-kitchen interviews in which these women and men tell the stories of their food, their heritage, and their families. 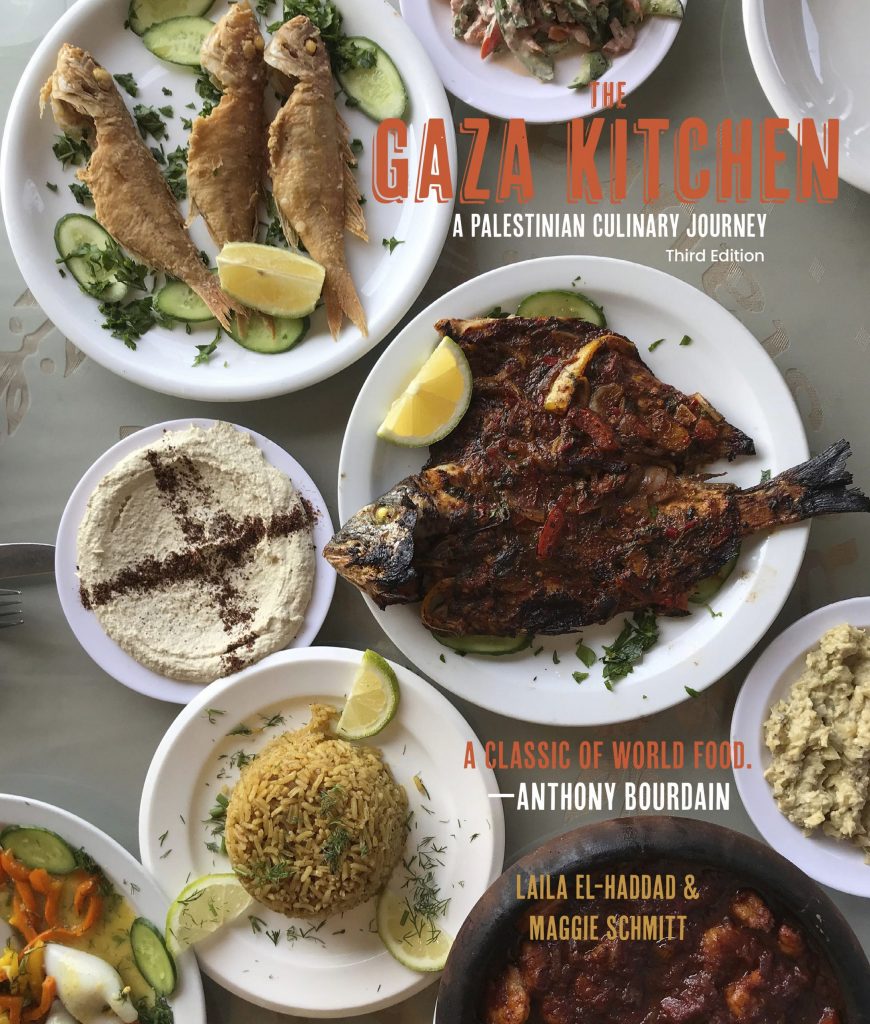 Salt Houses – by Hala Alyan – On the eve of her daughter Alia’s wedding, Salma reads the girl’s future in a cup of coffee dregs. She sees an unsettled life for Alia and her children; she also sees travel and luck. While she chooses to keep her predictions to herself that day, they will all soon come to pass when the family is uprooted in the wake of the Six-Day War of 1967.
Lyrical and heartbreaking, Salt Houses follows three generations of a Palestinian family and asks us to confront that most devastating of all truths: you can’t go home again.

Starting with the earliest references in Egyptian and Assyrian texts, Nur Masalha explores how Palestine and its Palestinian identity have evolved over thousands of years, from the Bronze Age to the present day. Drawing on a rich body of sources and the latest archaeological evidence, Masalha shows how Palestine’s multicultural past has been distorted and mythologised by Biblical lore and the Israel–Palestinian conflict.

In the process, Masalha reveals that the concept of Palestine, contrary to accepted belief, is not a modern invention or one constructed in opposition to Israel, but rooted firmly in ancient past. Palestine represents the authoritative account of the country’s history.

The novel’s voice is that of Amal, the granddaughter of the old village patriarch, a bright, sensitive girl who makes it out of the camps only to return years later, to marry and bear a child. Through her eyes, with her evolving vision, we get the story of her brothers, one who is kidnapped to be raised Jewish, one who will end with bombs strapped to his middle. But of the many interwoven stories stretching backward and forward in time, none is more important than Amal’s own. Her story is one of love and loss, of childhood and marriage and parenthood, and finally of the need to share her history with her daughter, to preserve the greatest love she has.

Set against one of the 20th century’s most intractable political conflicts, Mornings in Jenin is a deeply human novel – a novel of history, identity, friendship, love, terrorism, surrender, courage, and hope. Its power forces us to take a fresh look at one of the defining conflicts of our lifetimes.