Dear Friends of Tent of Nations,

We are writing this letter to call for action against acts of injustice by the Israeli Military towards the Nassar family farm and theirTent of Nations Peace Project.  This farm (known as Daher’s Vineyard) is located just six miles southwest of Bethlehem in the Occupied Territories of Palestine (the West Bank).  As you know, this family has registration papers for their 100-acre farm dating back to the Ottoman Empire, and they are now in a situation where the Israeli Defense Forces (IDF) brought in bulldozers on May 19, 2014 and destroyed between 1,500 and 2,000 mature, fruit-bearing apricot and apple trees and grape vines, all in the lower valley of the farm.  This move was totally unexpected as their latest case for proving ownership has been in the Israeli Military/Civil Courts since February 2013.  An appeal was also made on May 5 to protest a warning placed on the land in late April 2014 that declared the land as “State Land” and should be “evacuated”. There was no warning ahead of time about the impending destruction, however (as is the usual case), so the Nassars were caught off guard with the wanton destruction that took place.  In addition to the destruction of the trees, the terraced land on which the trees were planted was also destroyed, left in a state of rubble that cannot currently be re-planted. 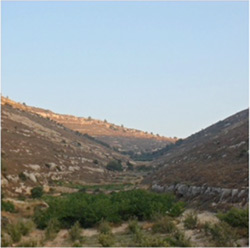 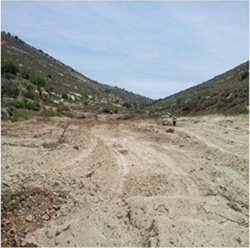 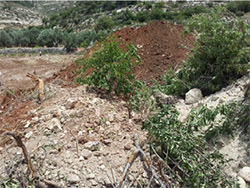 We are appealing to you to contact appropriate congressional committee members, members of Congress, and others you know who may have some influence in this kind of situation; this can include your church leaders as well and an article in your local newspaper would be more than welcome.  We are including a short letter and a timeline of past events you can use to educate people about the details of this farm’s history as well as a sample letter you can use to send out if you’d like.  In particular, we ask that you contact the U.S. Department of State, the Israeli Embassy in Washington, DC, the U.S. Ambassador to Israel, the U.S. Ambassador in Tel Aviv, and the Consulate General in Jerusalem and ask them to investigate the circumstances surrounding this travesty.
We urge you to contact the authorities referenced below immediately as well as others you know personally.  You have our permission to use information from this letter in your appeals. We would like to have you act on this information as soon as you can in the hopes that we can prevent any more destruction from taking place on Daher’s Vineyard.