We are lifelong Zionists. Here’s why we’ve chosen to boycott Israel. 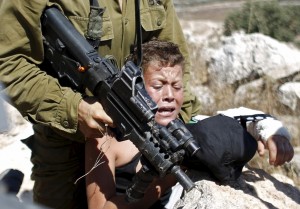 Steven Levitsky is a professor of government at Harvard University. Glen Weyl is an assistant professor of economics and law at the University of Chicago.

We are lifelong Zionists. Like other progressive Jews, our support for Israel has been founded on two convictions: first, that a state was necessary to protect our people from future disaster; and second, that any Jewish state would be democratic, embracing the values of universal human rights that many took as a lesson of the Holocaust. Undemocratic measures undertaken in pursuit of Israel’s survival, such as the occupation of the West Bank and Gaza and the denial of basic rights to Palestinians living there, were understood to be temporary.

But we must face reality: The occupation has become permanent. Nearly half a century after the Six-Day War, Israel is settling into the apartheid-like regime against which many of its former leaders warned. The settler population in the West Bank has grown 30-fold, from about 12,000 in 1980 to 389,000 today. The West Bank is increasingly treated as part of Israel, with the green line demarcating the occupied territories erased from many maps. Israeli President Reuven Rivlin declared recently that control over the West Bank is “not a matter of political debate. It is a basic fact of modern Zionism.”

This “basic fact” poses an ethical dilemma for American Jews: Can we continue to embrace a state that permanently denies basic rights to another people? Yet it also poses a problem from a Zionist perspective: Israel has embarked on a path that threatens its very existence.

As happened in the cases of Rhodesia and South Africa, Israel’s permanent subjugation of Palestinians will inevitably isolate it from Western democracies. Not only is European support for Israel waning, but also U.S. public opinion — once seemingly rock solid — has begun to shift as well, especially among millennials. International pariah status is hardly a recipe for Israel’s survival.

At home, the occupation is exacerbating demographic pressures that threaten to tear Israeli society apart. The growth of the settler and ultra-orthodox populations has stoked Jewish chauvinism and further alienated the growing Arab population. Divided into increasingly irreconcilable communities, Israel risks losing the minimum of mutual tolerance that is necessary for any democratic society. In such a context, violence like the recent wave of attacks in Jerusalem and the West Bank is virtually bound to become normal.

Finally, occupation threatens the security it was meant to ensure. Israel’s security situation has changed dramatically since the 1967 and 1973 wars. Peace with Egypt and Jordan, the weakening of Iraq and Syria, and Israel’s now-overwhelming military superiority — including its (undeclared) nuclear deterrent — have ended any existential threat posed by its Arab neighbors. Even a Hamas-led Palestinian state could not destroy Israel. As six former directors of Israel’s internal security service, Shin Bet, argued in the 2012 documentary “The Gatekeepers,” it is the occupation itself that truly threatens Israel’s long-term security: Occupation forces Israel into asymmetric warfare that erodes its international standing, limits its ability to forge regional alliances against sectarian extremists and, crucially, remains the principal motive behind Palestinian violence.

In making the occupation permanent, Israel’s leaders are undermining their state’s viability. Unfortunately, domestic movements to avert that fate have withered. Thanks to an economic boom and the temporary security provided by the West Bank barrier and the Iron Dome missile defense system, much of Israel’s secular Zionist majority feels no need to take the difficult steps required for a durable peace, such as evicting their countrymen from West Bank settlements and acknowledging the moral stain of the suffering Israel has caused to so many Palestinians.

We are at a critical juncture. Settlement growth and demographic trends will soon overwhelm Israel’s ability to change course. For years, we have supported Israeli governments — even those we strongly disagreed with — in the belief that a secure Israel would act to defend its own long-term interests. That strategy has failed. Israel’s supporters have, tragically, become its enablers. Today, there is no realistic prospect of Israel making the hard choices necessary to ensure its survival as a democratic state in the absence of outside pressure.

For supporters of Israel like us, all viable forms of pressure are painful. The only tools that could plausibly shape Israeli strategic calculations are a withdrawal of U.S. aid and diplomatic support, and boycotts of and divestitures from the Israeli economy. Boycotting only goods produced in settlements would not have sufficient impact to induce Israelis to rethink the status quo.

It is thus, reluctantly but resolutely, that we are refusing to travel to Israel, boycotting products produced there and calling on our universities to divest and our elected representatives to withdraw aid to Israel. Until Israel seriously engages with a peace process that either establishes a sovereign Palestinian state or grants full democratic citizenship to Palestinians living in a single state, we cannot continue to subsidize governments whose actions threaten Israel’s long-term survival.

Israel, of course, is hardly the world’s worst human rights violator. Doesn’t boycotting Israel but not other rights-violating states constitute a double standard? It does. We love Israel, and we are deeply concerned for its survival. We do not feel equally invested in the fate of other states.

Unlike internationally isolated states such as North Korea and Syria, Israel could be significantly affected by a boycott. The Israeli government could not sustain its foolish course without massive U.S. aid, investment, commerce, and moral and diplomatic support.

We recognize that some boycott advocates are driven by opposition to (and even hatred of) Israel. Our motivation is precisely the opposite: love for Israel and a desire to save it.

Repulsed by the Afrikaners’ ethno-religious fanaticism in South Africa, Zionism founder Theodore Herzl wrote, “We don’t want a Boer state, but a Venice.” American Zionists must act to pressure Israel to preserve Herzl’s vision — and to save itself.

Steven Levitsky is a professor of government at Harvard University.  Glen Weyl is an assistant professor of economics and law at the University of Chicaco.